After seeing Bryson DeChambeau increasing his driving distance by over 20 yards in a single season, the entire golfing world has become fascinated with swinging the club faster.

It’s easy to understand why. The further you hit the ball, the easier the game of golf becomes. If you question this statement, just consider what your average score would be if you shifted from the men’s tees to the women’s tees, without making any other changes to your game.

It’s pretty obvious that when you shift the tees forward, you automatically make the hole easier to play. When you increase your distance off the tee, you are essentially leveraging the exact same principle.

However, in order to start hitting the ball further, you will almost certainly need a good quality swing speed radar to verify that your training methods are actually making a difference. The New PRGR Swing Speed Radar is reasonably affordable and very accurate.
It can go toe-to-toe with launch monitors like Trackman, which are literally more than 50 times the price.

The PRGR Launch Monitor has also replaced the Sports Sensor Swing Speed Radar as the recommended radar by SuperSpeed Golf. It is the perfect solution for anyone that needs reliable numbers when working on their clubhead speed.
The PRGR Swing Speed Radar works well when taking practice swings, when hitting the balls on the range, and when hitting balls indoors. For many years, the Sports Sensors Swing Speed radar was the default choice for anyone hoping to work on their swing speed. For instance, SuperSpeed golf (the no.1 golf speed training aid) actually offered this radar as a product on their website, because it made sense for players to purchase the two products together.

However, the Sports Sensor Swing Speed Radar has been usurped by the PRGR Launch Monitor.

The biggest strength of the Sports Sensors Swing Speed Radar is that it’s affordable, and it’s pretty accurate when hitting balls on the range.

The biggest weakness of the Sports Sensor Swing Speed radar is that it isn’t very good at measuring the speed of practice swings. It even includes a disclaimer in the box, warning golfers that the difference in clubhead speed measurement with practice swing can range from 5 – 30 mph.

This is annoying because every form of Overspeed training relies on practice swings. The Rapsodo Mobile Launch Monitor (MLM) doubles as a swing speed radar and a portable launch monitor that can be used both indoors and outdoors.

Apart from being very easy to set up, the Rapsodo Swing Speed Radar is literally packed with features. It measures all the key metrics that you would want from a personal launch monitor, including shot distance, ball speed, clubhead speed, launch angle, launch direction, and even shot shape.

In addition, the Rapsodo MLM has also earned the praise of many highly respected golf review companies, including MyGolfSpy, GolfDigest and GolfWRX. MyGolfSpy even called it the ‘best personal launch monitor of 2021’.

The only weakness of the Rapsodo Launch Monitor is that it can take a bit of tweaking to set it up successfully the first time. In addition, it’s not quite as accurate as Trackman, but it’s close enough for a device that sits in the $500 range. The Swing Caddie SC300 is a portable launch monitor that is easy to set up while offering reliable shot measurement data.

It doesn’t offer all the bells and whistles that you will find with the Rapsodo MLM or the Garmin R10, but it is very good at recording the data you need to work on your swing speed, carry distance and smash factor.

In addition, having access to the launch angle and apex height can help you dial in the ideal trajectory with your driver specifically.

To get maximum distance with your driver, you basically need to achieve a positive angle of attack, while keeping backspin somewhere in the region of 3000 rpm. The Swing Caddie SC300 can help you find the sweet spot in terms of launch angle and backspin that will ultimately unlock maximum carry and total distance.

The only weakness of the Swing Caddie SC300 is that it doesn’t have any form of shot tracer technology. This could be an issue if you plan to use it indoors predominantly, where shot tracers can give you a much better understanding of shot accuracy. The major strength of the FlightScope Mevo is that it is very portable, easy to set up, and the video integration abilities are solid.

The major weakness of the FlightScope Mevo is that it falls into the same price bracket as the Rapsodo Mobile Launch Monitor and the Garmin R10 Launch Monitor, which effectively offer the same metrics, together with shot tracking technology, and shot accuracy. Based on this, you could say that the Approach R10 and the Rapsodo MLM give you better value for money in terms of product features. 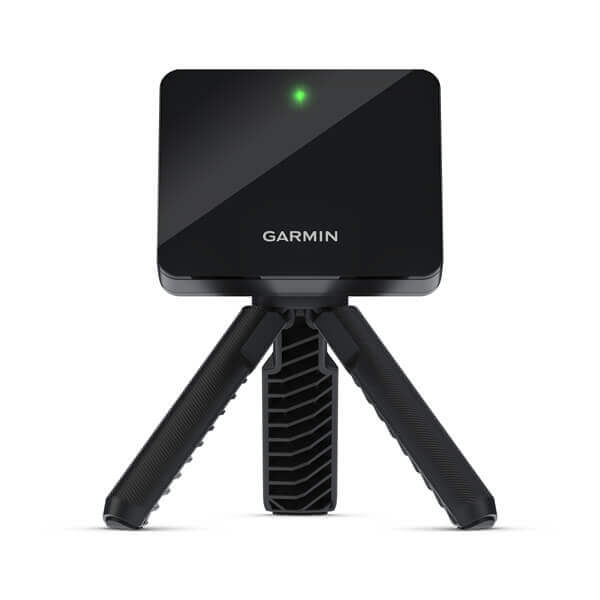 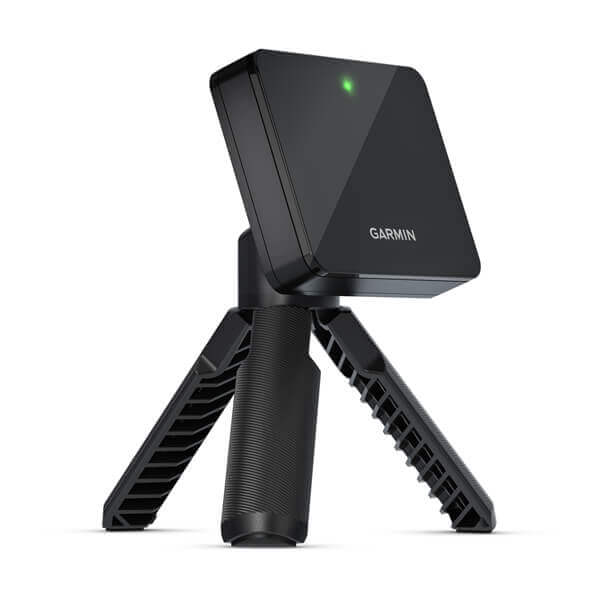 The Garmin Approach R10 is literally packed with metrics and features.
The only weakness of the Approach R10 is measurement accuracy. While Garmin claim that distance measurements should be within 5 yards of the actual distance, some users have reported figures which simply don’t match up with their on course experience.

With a product in this price range, you basically have to accept that it is pretty accurate, for about 80% of the shots you hit. However, you will experience some outliers, and the data isn’t as reliable as Trackman or the Foresight Sports GC3.

Ultimately, the Garmin Approach R10 delivers an exceptional array of golfing features that can enhance your practice experience indoors and outdoors. It could be an amazing addition to your golf bag, especially if you intend to set up a low cost simulator experience at home.

If you’re on a super tight budget, the Sports Sensor Swing Speed Radar should do the trick, although you will get better numbers from the PRGR Launch Monitor.

If you are willing to spend a bit more, it’s a battle between the Rapsodo MLM and the Garmin Approach R10. Both of these devices can make practicing more fun, while also giving you access to shot distance and shot accuracy data. Whichever one you choose, you will be investing in a device that can help make you a better golfer.